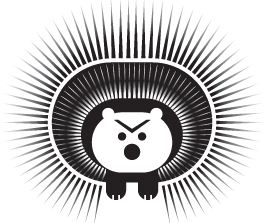 Hystrix is a perfect tool for handling communication with remote systems. One of the topics it covers for you is timeouts. But it might not be as straightforward as it may seem.

Before jumping to the main issue I want to discuss a little theory about how Hystrix works.

On which thread my code runs?

Hystrix supports timeouts. They are implemented by timeout listener which are triggered after time set by clients in timeout properties. One of these listeners is registered in HystrixObservableTimeoutOperator. This operator emits HystrixTimeoutException when this timer is called before the actual method returns. Interrupt is called on the thread which executed the main method only if isolation level is Thread. If isolation level is Semaphore interrupting is not an option because the method does not run on separate thread.

And here comes the problem. Thread interruption in Java does not actualy interrupt the execution of the thread! It sets the interrupted flag on that thread. It is up to the implementation to handle this flag. Unfortunately most implementations in java.net package does not respond to it. Any long running computation won’t probably respond to it.

Without interruption handling your main method will continue after the blocking call is completed even if fallback method was executed because of timeout!

Basic example can be found in this gist. Output of that example is

This behavior might lead to unexpected bugs especialy when there is some state changing code in the main method after the blocking call.

How to fix it

Fixes can vary depending on type of the code that is being executed. But if canceling the operation immediately is not needed you can use com.netflix.hystrix.AbstractCommand#isResponseFromFallback method to query if fallback was executed and throw an exception from the main method in that case. Note that Thread.currentThread.isInterrupted() will be true only in case of thread isolation thus cannot be used both in Semaphore and Thread isolated commands. In case of apache http client you can call org.apache.http.client.methods.AbstractExecutionAwareRequest#abort which will cause the org.apache.http.client.HttpClient#execute(org.apache.http.client.methods.HttpUriRequest) method to throw an SocketException and to close the current connection. In other situations you have to handle the situations yourself.

If you are using hystrix-javanica project be aware of this bug. Null is passed instead of timeout exception to the fallback method.